According to a 2019 study, 99.2% of British households purchase some type of meat every year. In this number, 91% regularly buy red meat (Source: AHDB). The question for many people is not whether to eat meat or not. It is rather a matter of choosing meat from the source with the least environmental impact and highest welfare standards.

We’re lucky. Britain’s beef and sheep industries are one of the best in the world, breeding livestock and genetics from our native breeds are much sought after by farmers in other countries. 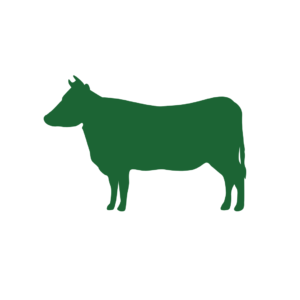 British farming produces some of the most sustainable beef in the world, with its extensive grass-based grazing systems. It is vitally important to remember that not all meat production around the world is the same. The UK’s Greenhouse Gas (GHG) emissions generated by beef are around half that of the global average. British farming aim to reach net zero GHG emissions by 2040.

The climate here in the UK is ideal for livestock. Around 65% of farmland here is best suited to growing grass rather than crops. This allows farmers to turn grass into high quality, nutrient rich beef and lamb. Almost 90% of UK beef is produced using a grass-based diet, with over 70% of their food coming from grass, 23% from UK crops, 5% from grains and 2% from fodder beet. As there is a very small amount of soya being used in rearing diets, the UK beef production industry isn’t a cause of deforestation in other countries.

As well as meat, sheep also produce wool, which as an industry is worth £100 million to the UK economy. Plus, by buying British meat, you’ll be supporting people throughout the UK economy. Everyone from the farmers, those involved in food production and processing to the butchers and retailers selling the produce.

The UK uses no growth hormones and is the fifth lowest user of on farm antibiotics- with only Nordic countries being ahead. Their climate is much colder and drier, and a cold climate is a major factor in stopping bacteria breeding. This means the demand for antibiotics in these regions is greatly reduced.

By choosing British when buying your meat, you’ll be supporting your local economy and buying meat that is produced by some of the highest welfare and sustainability standards in the world. With more and more consumers questioning the environmental impact and welfare standards of the animals we are sourcing local and regionally produced meat.

If you have any questions about where our meat comes from, please get in touch!